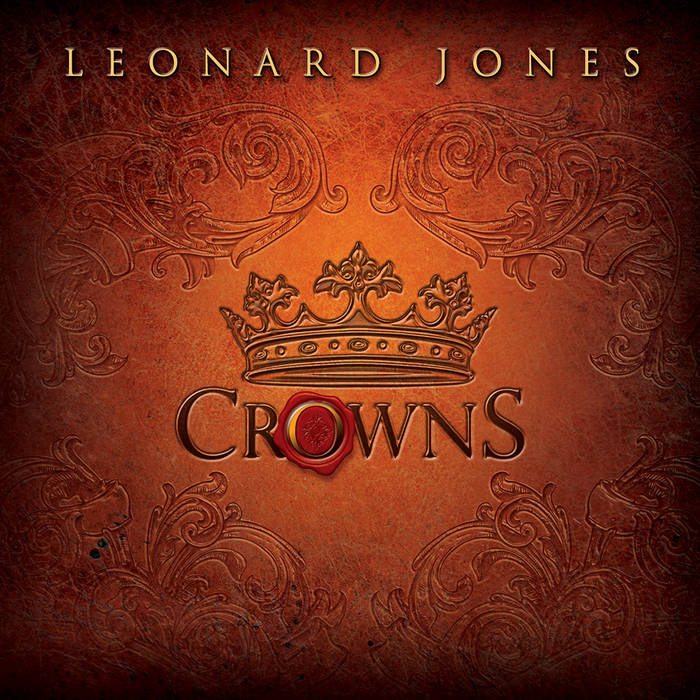 mebanes73 Thank you Leonard for ministering to my spririt, mind, body and soul. Your music is real refreshment in today's music machinery. Not only in contemporary Christian music but in music industry in general. Favorite track: Made for Love.

Aimee Herd Out of the box, heartfelt and creative music pointing toward the One who made us. Excellent musicianship!

"Crowns"
I began writing the chords and the music to "Crowns" on an old river boat going down the Amazon River to a city called Maues to do a crusade where hundreds of people got saved.
I was looking into the jungle playing my banjo and thinking about all the animals that were running through the jungle having to kill to survive, and how we should go after the Lord with the same fervor and abandonment.
A few weeks later, I wrote the melody while on a missions trip to Okinawa and mainland Japan. Right after that, I wrote the words in various countries in Europe. The song has flavors from each country. The words are meant to reflect the kingship and the Lordship of Jesus over all of the Earth. The last verse is my take on the old hymn "Crown him with many crowns" The song has a 7/8 time signature, seven being the number of the seven spirits of God and the seven candlesticks.

"Made for love"
A friend of mine; David Harwood, wrote a book on the love of God which highly impacted my life and I wrote this song while contemplating those words The song is in 5/4 five being the number of Grace.

"Kingdom come"
I was in a hotel room in Rogers Arkansas watching the news and practicing a Johann Sebastian Bach cello sonata on the guitar. As I was watching all the killing all the horrible things that were going on the earth I found myself crying out in intercession, "Lord I want your kingdom to come, Lord I want your kingdom to come!" and I started singing those words to Bach's melody and chords. Being trained in Classical music and Jazz in college, many of the songs on this CD (especially this song) have a very classical nature to them, and seem to be especially attractive to young musicians.

"Majesty"
I was meditating one day on how incredibly strong God is, but also how incredibly gentle he had to be, but strong enough to get the earth into its orbit around the sun as well as the other planets and to get it perfectly placed. If we were just a few miles closer to the sun or a few miles farther away from the sun we would all be dead. That's incredible strength but also incredible gentleness. The song is also about the meekness of Jesus; that the creator of the universe would kneel before a man and wash his feet! That's meekness and strength all mixed into one man, and that's why I think of him as "Your Majesty".

"Hale'LuJah"
I wrote Hale'LuJah after my first trip to Japan, I have been to Japan four times now and it is my desire to see dancing in the streets of Tokyo and Osaka. I've seen some of the wildest worshipers in Japan that I have witnessed in the whole earth and when I sing that song many times I am in intercession for Japan and for the release of worship and the dance on the streets there.

"Taberknuckle"
"Taberknuckle" is just a fun instrumental I wrote about the fist of God, it moves at the speed of light.

"Before my eyes"
I wrote this song about 10 years ago while I was still the worship director at MorningStar ministries. I think that we all have the same desire that Moses had when he asked the Lord "I want to see your face, I want your glory to pass before my eyes". It's a pryer for a deeper walk with God.

"Open up"
In Psalm 24 it talks about the gates and the doors "Lift up your heads, O ye gates; and be ye lift up, ye everlasting doors; and the King of glory shall come in. I came to the conclusion that we are the gates that whenever God wants to do something in the earth he goes through us, (his gates) to do it.

"I will rejoice"
God always has to remind me that once I have confessed and repented of a sin, that he forgets it, even though I can remember it, he can't, and that is great cause for rejoicing.

"Burning Man"
When we recorded this song, Marilyn Hickey was having a fire tunnel at the church where we were worshiping, and I decided just to throw this instrumental thing up as all the people were being touched by the fire of God, I never did come up with a melody for it, or words so I thought I would put it on the CD as a bonus track for anyone that wants to come up with their own words and their own melody and sing it to the Lord.